Mike Wons, Chief Client Officer
For decades, citizens across the U.S. have hit the pinnacle of frustration owing to the cumbersome processes while availing government services. Whether they are renewing their driver’s license at the Department of Motor Vehicles (DMV), trying to pay utility bills, or requesting access to vital records, citizens need to wait in long queues and follow an endless procedure to get their work done via a highly dysfunctional, fragmented system. While taxes continue to increase by the day, the end-users feel agitated as government agencies remain less responsive. On the other hand, government agencies also face problems that include loss of revenue, while delivering the services due to these disparate systems. Observing this for decades, John Thomson, an entrepreneur, decided to revolutionize the way the government serves its people and the way people do business with their government. Eventually, in 2013, John and his co-founder, Michael Plunkett founded PayIt, an organization that government agencies can trust and rely on. “The PayIt digital government and payment platform is helping federal, state, and local government entities dramatically improve citizen self-service while driving significant cost-savings for the agency,” adds Mike Wons, the chief client officer of PayIt.

PayIt offers a digital government and payment platform that simplifies interactions between citizens and city, county, state, and federal government agencies. “Our technology helps the government get personal by removing barriers between systems and ensuring that they listen to citizens via a conversational platform,” says Wons. “While citizens can access or pay for services in the palm of their hand, our unique application gives the government the ability to deliver services more efficiently, increase adherence to laws and regulations and increase revenue through expedient collection of fees and cross selling of services.”

The proprietary application is device agnostic, flexible and allows government agencies to brand themselves and offer its citizens numerous services on a single secure platform. The notification-driven app reminds end-users to renew licenses that are about to expire or pay bills, and provides details on other services available in a particular location. By leveraging conversational chatbots, Wons emphasizes the fact that the application is like a “trusted adviser in your hand” as it talks to citizens and is highly personalized. Furthermore, the offering includes a comprehensive digital wallet technology that provides many types of payment options and stores all user-data on the cloud rather than the device.

Powered by state-of-the-art technologies including micro-services, mobile and app containers, configurable workflow state machine, chatbots, advanced analytics and some lightweight artificial intelligence to capture, interpret, and store data, PayIt’s platform has made it easy to interact with the government. The company provides an interactive workflow engine that is second to none in the industry right now.

Further, PayIt’s software-as-a-service (SaaS) platform leverages AWS and the G-Cloud, ensuring its clients and the end-users the highest level of security and data protection. Not only is it PII certified but is also PCI level 1 compliant for transaction processing. While citizens can seamlessly avail an array of services via the services-based application, agencies can raise revenue by being able to collect fees faster with fewer delinquencies, mask back-office system complexity, interact with the people, and brand it the way they desire, creating a win-win situation for the citizens as well as the agencies. The firm delivers on the promise that clients can be live in 90 days or less. “Our platform is configurable, conversational, and secure at the core that offers the ability to get up and running quickly,” extols Wons. 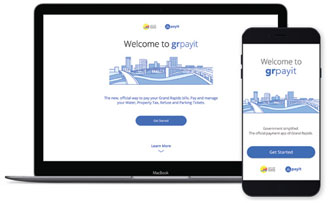 In the Spring, the state of Kansas launched their mobile application iKan using the PayIt platform. The services includes renewal of vehicle registration, driver’s license, request for vital records such as birth, marriage or death certificates, buy tickets to visit wildlife reserves, and pay utility bills, among others. With PayIt, the state was able to increase revenue and deliver services efficiently, while the citizens could seamlessly access all of it on any of their devices, anytime and anywhere at their fingertips. “The app provides the citizens a feeling that their government is concerned, listening and ready to assist while ensuring that everything is done in the right manner without any hassle,” says Wons.

Today, the PayIt team consists of experienced professionals who have passionately worked for the government previously. As the former CTO of the state of Illinois, Wons has significantly contributed to the enhancement of the state by establishing the Illinois “FIRST” digital transformation strategy shaping the future of technology and innovation across the state. After serving the corporate sector for years, when Wons was offered the role of CTO of the state of Illinois, he was all set to welcome this opportunity to work for the government and serve the citizens with utmost dedication. Despite the large pay cuts and reduced perks, his goal was to improve the life of the citizens. One fine day his wife threw an interesting question at him: “What does the state do anyway?” That is when he realized that citizens didn’t know the real difference between the feds, state, city, county, or municipality; they just knew that each of them is a separate entity based on who they wrote a check to. The thought was engraved into his mind, and that is when he decided, “I will work for the government, and make it more transparent and easier to work with.” As a prior client of PayIt, Wons was quite impressed with its unique technology and the team behind it. Soon, he joined the PayIt team to continue the journey of aiding government-citizen relationships.

In the immediate future, Wons aims at leveraging cutting-edge technologies such as AI, machine learning, IoT, and blockchain, to revolutionize the capability and reach of government services. On the path to becoming the next face of citizen innovation, he emphasizes that they will continue expanding until anything and everything about the government is in the palm of the citizens’ hand.

Description
PayIt provides a patent-pending, enterprise-grade platform focused exclusively on government services. This robust platform and rapid deployment methodology allows to launch in a matter of weeks. The company configures industry-leading services for the citizens. PayIt is simplifying doing business with state, local, and federal government through its award-winning digital government and payment platform. Through, its open digital platform, the company transforms the customer experience and making government more modern, convenient, and mobile. Their services based plug-in solutions allow partners to integrate PayIt solutions seamlessly into theirs

PayIt makes it simple, secure, and seamless for governments to accept digital payments and serve their constituents across web, desktop, and mobile. Its dynamic, cloud-based solutions are purpose-built for the public sector with modules spanning Motor Vehicle, Taxes, Utilities, and more. The new funding will allow PayIt to continue expanding its footprint and product capabilities.

"As consumers, we increasingly expect world-class mobile experiences in everything we do, from booking hotel rooms to getting rides to ordering groceries," said Ryan Hinkle, Managing Director at Insight Partners. "PayIt brings this type of world-class experience to their government partners, saving time for consumers and creating more efficiency for the agencies served. We're excited to welcome the PayIt team to the Insight family and to embark on this next phase of growth together."